This is Doctors without borders 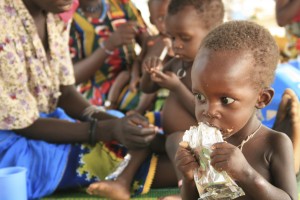 Doctors Without Borders/Médecins Sans Frontières (MSF) is an international medical humanitarian organization created by doctors and journalists in France in 1971. Today, MSF provides independent, impartial assistance in more than 60 countries to people whose survival is threatened by violence, neglect, or catastrophe, primarily due to armed conflict, epidemics, malnutrition, exclusion from health care, or natural disasters. MSF provides independent, impartial assistance to those most in need. MSF also reserves the right to speak out to bring attention to neglected crises, challenge inadequacies or abuse of the aid system, and to advocate for improved medical treatments and protocols. In 1999, MSF received the Nobel Peace Prize.

MSF’s work is based on the humanitarian principles of medical ethics and impartiality. The organization is committed to bringing quality medical care to people in crisis regardless of their race, religion, or political affiliation. MSF operates independently of any political, military, or religious agendas. Medical teams conduct evaluations on the ground to determine a population’s medical needs before opening programs, aiming to fill gaps that exist (rather than replicating services that are already offered) or reach communities that are not being assisted. The key to MSF’s ability to act independently in response to a crisis is its independent funding. Ninety percent of MSF’s overall funding (and 100 percent of MSF-USA’s funding) comes from private, non-govermental sources. In 2009, MSF had 3.8 million individual donors and private funders worldwide. As an organization, MSF is neutral. It does not take sides in armed conflicts, provides care on the basis of need alone, and pushes for increased independent access to victims of conflict as required under international humanitarian law. MSF’s principles of action are described in the organization’s 1971 founding charter, which established a framework for its activities.

Ronlin Studios and Doctors Without Borders

Link to webpage of Doctors Without Borders